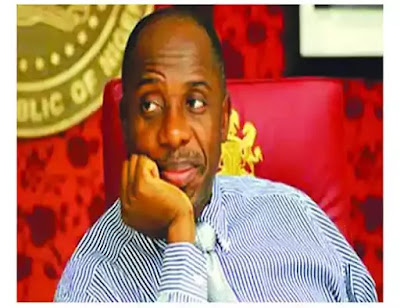 The Rivers State Governor, Mr. Rotimi Amaechi, has said that he will not be present at the swearing-in of his successor, Chief Nyesom Wike.

There had been speculations that Amaechi may not be present at Wike’s inauguration as a result of the controversy surrounding the presidential and governorship elections in the state.

But Amaechi, who spoke through his Chief Press Secretary, Mr. David Iyofor, explained that he would rather be at the swearing-in of the President-elect, Muhammadu Buhari, on Friday, in Abuja.

“Governor Amaechi at the inauguration ceremony of Wike? He (Amaechi) plans to attend the swearing-in of the President-elect, Muhammadu Buhari,” a text message sent to our correspondent by Iyofor read.

Do you think wike will last after 29?

2 Replies to “Am not coming for wike's inauguration – Amaechi”