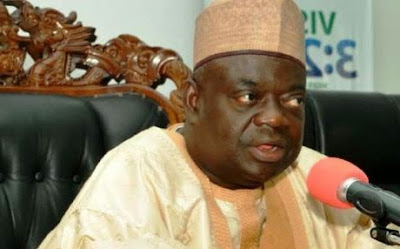 Niger State Governor, Babangida Aliyu, on Tuesday maintained that fuel subsidy is a major source of corruption in the country.

Aliyu added that funds believed to be coming from SURE-P are actually from the federation account.

The governor said this in Minna at the inauguration of a three-star hotel constructed jointly by the Niger State Development Company Limited and the State SURE-P.

He believed that a total removal of subsidy from petroleum products by the Federal Government remains the best solution to stop the endemic corruption in the system.

Aliyu said, “I have been vindicated. When some years back I took a principled position as one of the few governors who said ‘remove fuel subsidy’. It is a cartel for corruption.

“Many people did not understand that time, some publicists didn’t agree with me. They said ‘don’t remove it, it is the common man that will suffer’, but I said ‘which common man, when already the time you are talking about subsidy, the common man goes to buy it triple the price, that you call subsidy’.

“Earlier, we deceived ourselves that there was SURE-P money, but it was the money from our federation account that they were giving to us as SURE-P fund. But we are happy, at least they have set that aside. For me, you will remember when I said ‘remove fuel subsidy’, they burnt my town. People were imported from outside to burn Minna.

“There is no government out there, you are the government. Anything that is done, is for your welfare, own it, take it and don’t allow somebody to come and reduce you and make you a pauper and then he will go back to his village and start sinking things. Own what is yours. Government is not all about the officials alone.

“Therefore, I ask, subsidy for whom? In the whole of Niger State at that time, even the government’s fuel station were not selling at the subsidised rate. Yes, they were selling lower than the commercial filling stations, but they are also above the subsidised rate.

“Why were we having the problems? It is because those who have been enjoying the subsidy have seen the sign that it may be removed and they are afraid. Subsidy is a cartel for corruption.

“People must know how their resources are being expended. I kept crying that we could not rely on the oil revenue. Now, the truth has come in our own time. I thought we will leave the scene before the crash, but the crash has come.

“The removal of fuel subsidy will also ensure the activities of ‘mafias’ in the oil business are stopped while also guaranteeing regular supply of the product in all parts of the country.”

One Reply to “There was nothing like SURE P , we deceived Nigerians – Gov Aliyu”