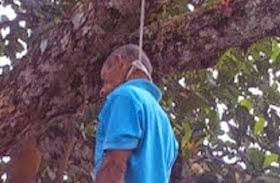 A worker at a horse track in Chiang Mai hanged himself in front of the ticket booth yesterday, a suicide his friends say was brought on by his sexless marriage caused by a penis
enlargement gone wrong.
The 45-year-old Bangkok native, identified only as “Suea,” was found hanged by a nylon thread from the awning yesterday morning at the Nong Ho Horse Track. Bottles of water and liquor were found by his side.

According to bangkok. coconuts.co – friends of the deceased, said Suea had argued with his wife and cut himself on Wednesday before
being found dead Thursday morning.
The friends told police Suea had recently had an injection into his penis which left it very large.

His wife would not sleep with him after that, which upset him.
His wife however rejected the explanation. She said Suea was an alcoholic recently fired from his job.

He might have suffered from schizophrenia as well, as she said he often hallucinated about the “people above” wanting him to come live with them.

3 Replies to “Photo: Man hangs himself after wife still complained of his penis even after an enlargement”