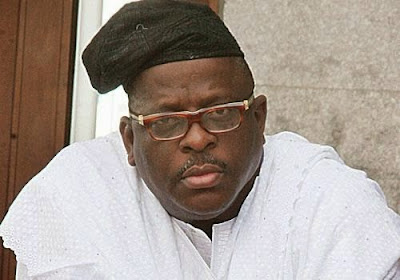 Officials of the National Drug Law Enforcement Agency (NDLEA) have reportedly surrounded the home of Ogun State Senator-elect, Buruji Kashamu. According to Channels TV, the drug enforcers are set to extradite Kashamu to the US to answer to drug charges levelled against him.

One of Kashamu’s security personnel who was able to take cover, placed a distress call to reporters that the armed men were still making efforts to break into the house.

The Senator-elect has been having a running battle of abduction to face charges of drug related case in the United States. Kashamu had recently filed a case with the NDLEA as one of the defendants to prevent his extradition to the
US. The Senator-elect is alleged to have been indicted for drug dealing in Chicago in 1998, a report which he has vehemently denied.