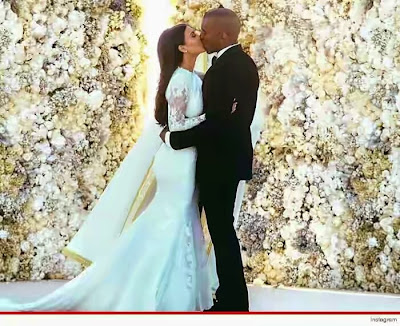 Kim Kardashian and Kanye West are in the clear, because they won’t have to return any wedding gifts now that they’ve just hit their 1-year anniversary!

According to TMZ Everyone we’ve spoken to says the same thing … they are as solid as sold can be. It appears both of them are in Calabasas to celebrate, along with North West.

A far cry from Kim’s 72-day marriage to what’s his name. (Kris Humphries)

TMZ broke the story, Kim and Kanye are ferociously trying to have a second kid.