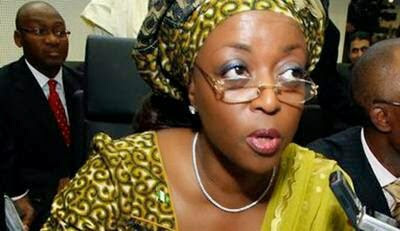 New indications emerged that efforts by the Minister of Petroleum Resources, Diezani Alison-Madueke, to speak with Buhari aboard the British Airways aircraft failed awfully as the President-Elect only greeted her during the boarding process and then quietly settled into his seat 2K in First Class.

The embattled Minister, it was learnt, had somehow booked herself into seat 3K, seating directly behind Buhari on the six- hour flight.

SR report that she rose up a few times and tried to stir up a conversation with the President-Elect, but that he only nodded and let her get back to her seat without
permitting any dialogue. The flight arrived Heathrow in London at 2:15p.m. local time, but the passengers didn’t disembark until 2:45pm due to delays at the airport.

Other Nigerian dignitaries in the First Class compartment of the flight included the chairperson of the National Electricity Commission, Sam Amadi, as well as Senator Philip Adida, Segun Awolowo, and Hakeem Bello-Osagie, who sat in 4K directly behind Diezani.

When the airline crew announced passenger disembarkation, Buhari asked if Diezani had any of her bags in the overheard
compartment so he could step out of her way. It then turned out she had occupied the entire overheard compartments with several of her carry-on bags, traveled with two of her aides also in First Class. Buhari was reportedly traveling with only one aide.

The Nigerian High Commissioner to the UK, Dalhatu Sarki Tafida, met Buhari at the airport. 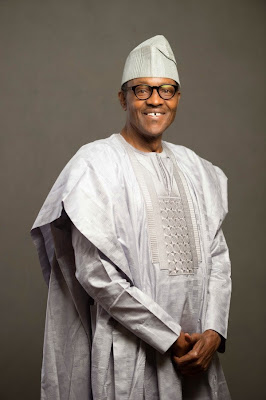