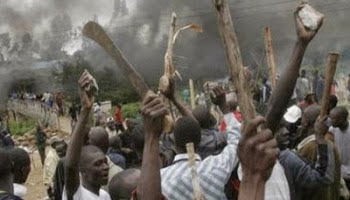 NO fewer than 27 people were feared killed in Barkin Ladi Local Council of Plateau State in a two-pronged deadly attack by people suspected to be Fulani herdsmen on Monday and Tuesday, according to the Council Chairman, Dr. Emmanuel Loman, who spoke at the mass burial of the victims.

He said the massacre started in Ninji Village of Barkin Ladi where the Fulani went into the village and rustled cows belonging to the natives which was promptly reported to the police after they had killed seven people.
According to Loman, the police traced the Fulani to where they were loading cows into a truck and discovered the cows rustled in the village were among those being loaded and they arrested the culprits.

Angered by this development, the chairman said the remaining Fulani in their large number regrouped and attacked Ropp, another village in Barkin Ladi, with sophisticated weapons and killed other 20 villagers, making 27 altogether. He said: “Seven people were initially killed at Ninji village.