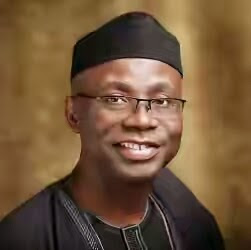 The General Overseer of the Latter Rain Assembly, Pastor Tunde Bakare, has been rushed to an hospital after he reportedly collapsed, while delivering a lecture in Lagos State, Sahara Reporters says.

Pastor Tunde Bakare
Bakare, 60, was said to have been rushed to Reddington Hospital, Lagos. The father of five, has been severally touted to be in line to be nominated for a ministerial position in the incoming administration of Muhammadu Buhari.

Bakare, who spoke at the Wema Bank 70th commemorative lecture in Lagos three weeks ago, had advised Buhari to appoint the right ministers when he assumed office on May 29, 2015.

After Buhari’s victory, reports went viral in the media that Bakare, had been appointed to chair the Buhari transition committee, but the preacher had denied the claim, attributing the report to the handiwork of mischief makers.

Bakare was Buhari’s running mate in the 2011 presidential election on the platform of the defunct Congress for Progressive Change (CPC), but they lost to the now outgoing President Goodluck Jonathan of the Peoples Democratic Party (PDP).

Some weeks before the presidential election, the cleric had described Buhari as a man of integrity, who he has a high level of respect for.