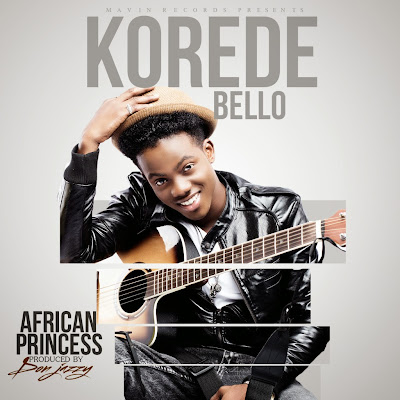 shameful occurrence transpired between Mavin star, Korede Bello and the students of the Nigerian Institute of Journalism, Ogba Lagos during the school’s 5th Annual Students’ week which kicked off yesterday Monday 18th May 2015 at the Institution’s premises.

Korede Bello who passed out from the institution last year and even performed at last year’s event, was denied an opportunity perform this year by the students which prompted him go on his knee begging and apologizing over his offence.

According to the information Splendormag our source got, Korede Bello earlier granted an interview with some national newspapers which was published and he allegedly denied being an ex-student of the school claiming to have graduated from the University of Lagos (UNILAG).

Some students of the institution especially his classmates who could talk to him on social media challenged him for denying his alma mater, in reply, Korede we learnt insulted them.

The great NIJ began the one week programme with a musical concert yesterday and surprisingly, Korede Bello and his manager, Casper who the students described as an incompetent manager stormed the event uninvited.

At this juncture, the students were very excited because they believed it was their time to also disgrace him.

They booed him and denied him access to mount the stage to perform at the show which had Folashade crooner, Adekunle Gold, Shoki crooner Lil Kesh and many others in attendance.
[Image_2]
The young Korede Bello couldn’t help but went on his kneels to apologize for his ignorance but the students rejected his apology. It took the intervention of the vice provost of the institution Mr. Jide Johnson and some other lecturers who held a close-door meeting with them before he was allowed on stage.

As if that was not enough, while he was dishing out his stuff, some of the aggrieved students interrupted his performance as they disconnected the speakers.

Many of them couldn’t pay attention to his performance.

If you must know, Korede Bello was a student of the institution when he was unpopular. He was signed to Mavin Records when he was in National Diploma 2 at NIJ.

He finished his course in Mass Communication last year. 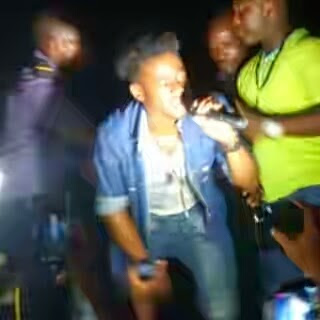 2 Replies to “Korede bello booed by "ALMA MATER" While trying to perform for them.”