The Management of Imo state
university, Owerri, yesterday (18th
May), sent out a memo to the various departments and faculties of the university instructing that all academic activities should resume by today 19th May, 2015. The memo stated that the two months salary owed the Academic
Staff of the university by the state
government have been paid.
However it is only ASUU that has the
power to suspend/call off their strike;
until they officially say so, the strike
can not be said to be over. And as at
yesterday, ASUU did not give any
directives to its members to commence work today.
This has led many believe that the ASUU strike is still on.

Also the Community Watchdog
newspaper carried a story today that
debunked information that the strike
has ended. This also is in circulation.
All efforts to reach the IMSU ASUU
chairman yesterday after the memo
was sent out by IMSU registrar was
furtile. 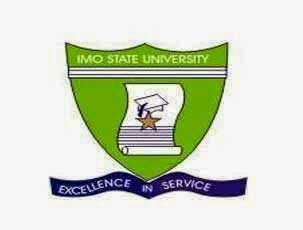