Contrary to earlier reports today that the former minister of Niger Delta has defected to APC from PDP today well, he has come clean to denounce it

It seems it was the work of hackers who might have hacked his twittrrvFormer Minister of Niger Delta
Affairs, Godsday Orubebe  strongly
denied media reports stating that he was leaving the Peoples Democratic Party to defect to the All Progressives Congress.

Orubebe stated in a telephonic conversation that he was a proud and committed member of the PDP and is supporting the President
in his bid to reorganise the party.
He added that the fictitious report was based on his Twitter account being hacked, with tweets stating that he had defected.

He also threatened legal action against online media houses who ran with stories of his defection without consulting him.

Well we are still monitoring the development keep update with us to be posted. 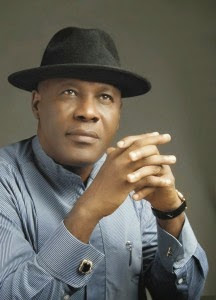