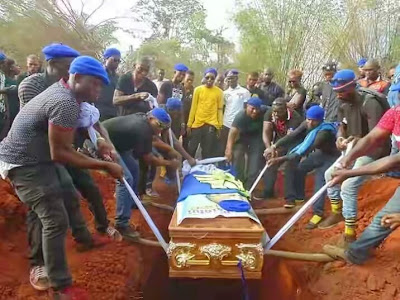 It’s no longer news that several youths have been killed in a gruesome manner in the recent cult war in Benin City, Edo State capital.

The renewed cult war, which has left a lot of casualties loitering the street of Benin has reportedly calm down following the deployment of the federal crack squad ordered by the Inspector General Police, Mr Solomon Arase. Before the IG’s deployment of special squad bodies of young men had littered everywhere in the metropolis.

Meanwhile, some of the cult groups have started burying their own, which they call
“fallen soldiers” or “victim of war.”
Some members of the Supreme Eiye
Confraternity (Bird men), popularly known for wearing blue beret, were recently pictured, burying one of their own in Benin City. 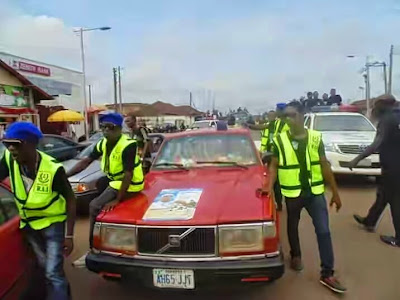 Meanwhile, it was gathered that one of the state government officials that were arrested on Wednesday, May 13, by the federal crack squad deployed by the IG to curb the senseless killings in the state, identified the man wearing a half face cap with a bandana tied around it as, Engr. David Olukoga.

46-year-old Olukoga, is the Chairman, Edo State Committee on War Against Indiscipline and Senior Special Assistant on Youth Enhancement to the state governor.

From the pictures below, you will see several members of the eiye secrete cult group wearing the War Against Indiscipline (WAI) vest alongside the cult’s blue beret on their head during a burial possession. 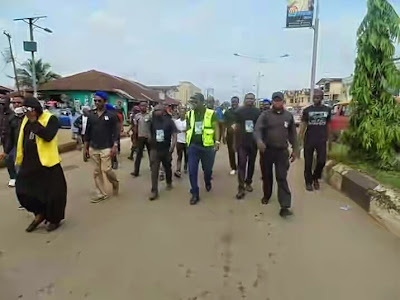 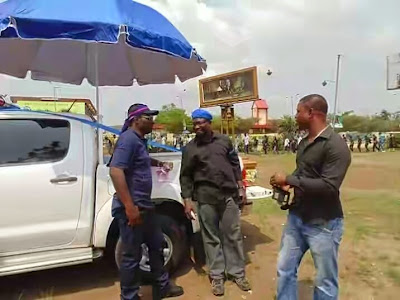 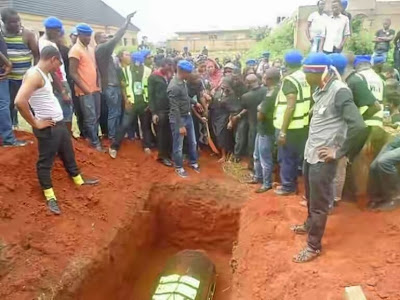