A restaurant in Anambra has reportedly been shut down for cooking human flesh and serving it to customers.

The police were tipped off by locals who suspected something horrific was taking place inside the kitchen.

They raided the hotel restaurant to discover human heads which were still dripping with blood in plastic bags.

A local priest who ate at the restaurant was alarmed at the price of meals there, let alone where the meat came from, BBC Swahili reported.

He was presented with a bill of N700.

The priest said: ‘The attendant noticed my reaction and told me it was the small piece of meat I had eaten that made the bill scale that high.

“I did not know I had been served with human meat, and that it was that expensive.”

The police also found a terrifying arsenal of weapons which included grenades when they raided the restaurant. Ten people were arrested in connection to the crimes.

One resident said, “I am not surprised at the shocking revelation. Every time I went to the market, I observed strange activities going on in the hotel.

“People who were never cleanly dressed and who looked a bit. 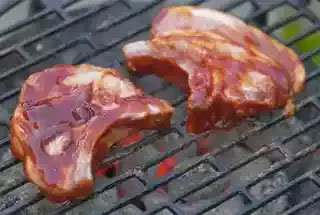