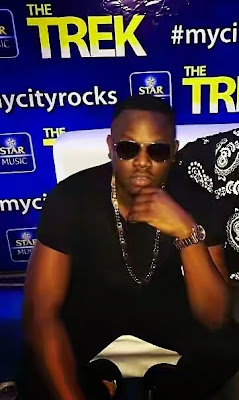 His omission from the list of performers for the concert came as surprise to many.

Followers of the Star Trek concert which is the biggest music concert in Africa, would question why one of Nigeria’s finest performers, Dr. Sid was missing from the list.

But according to reports made by Entertainment Rave, the Mavin Records recording artiste has been banned indefinitely from performing at any Star and by extension, Nigerian Breweries organized event.

Dr. Sid was said to have been blacklisted and banned because of his lackadaisical attitude when last scheduled to perform on the concert in 2014.

Dr. Sid arrived at the Benin venue of the Star Music Trek very late and missed critical elements of the terms of engagement agreed to in the contract.

As stipulated under the contractual agreement, the organizers decided to wield their contractual power and blacklisted Dr. Sid from further gigs and also deducted 20% from his last performance fee.